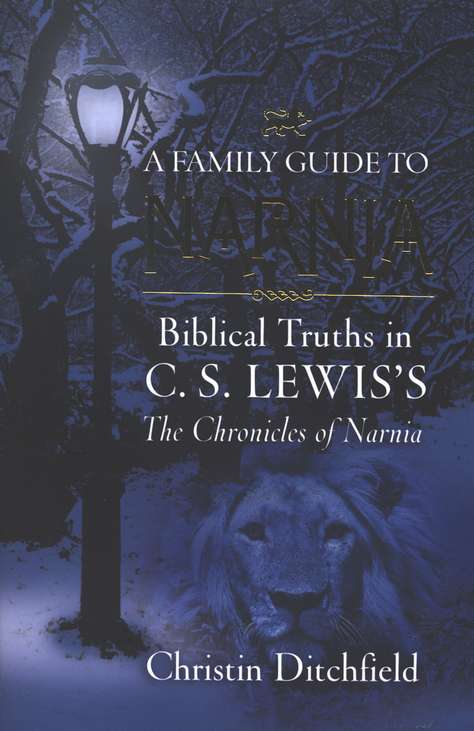 The president's brother, Jeb Bush, the governor of Florida, is organising a scheme for every child in his state to read the book. Walden Media, co-producer of the movie, offers a "week Narnia Bible study for children". The owner of Walden Media is both a big Republican donor and a donor to the Florida governor's book promotion - a neat synergy of politics, religion and product placement. It has aroused protests from Americans United for Separation of Church and State, which complains that "a governmental endorsement of the book's religious message is in violation of the First Amendment to the US Constitution".

Disney may come to regret this alliance with Christians, at least on this side of the Atlantic. There are too few practising Christians in the empty pews of this most secular nation to pack cinemas. So there has been a queasy ambivalence about how to sell the Narnia film here.

Its director, Andrew Adamson of Shrek fame , says the movie's Christian themes are "open to the audience to interpret". One soundtrack album of the film has been released with religious music, the other with secular pop.

Most British children will be utterly clueless about any message beyond the age-old mythic battle between good and evil. Most of the fairy story works as well as any Norse saga, pagan legend or modern fantasy, so only the minority who are familiar with Christian iconography will see Jesus in the lion. Among the young - apart from those in faith schools - that number must be considerably higher. Ask art galleries: they now have to write the story of every religious painting on the label as people no longer know what "agony in the garden", "deposition", "transfiguration" or "ascension" mean.

This may be regrettable cultural ignorance, but it means Aslan will stay just a lion to most movie-goers. All the same, children may puzzle over the lion and ask embarrassing questions. For non-CS Lewis aficionados, here is a recap. The four children enter Narnia through a wardrobe and find themselves in a land frozen into "always winter, never Christmas" by the white witch, played with elemental force by Tilda Swinton.

Unhappy middle child Edmund, resentful of being bossed about by his older brother, broods with meanness and misery. The devil, in the shape of the witch, tempts him: for the price of several chunks of turkish delight, rather than 30 pieces of silver, Edmund betrays his siblings and their Narnian friends. The sins of this "son of Adam" can only be redeemed by the supreme sacrifice of Aslan.


This Christ-lion willingly lays down his life, submitting himself to be bound, thrashed and humiliated by the white witch, allowing his golden mane to be cut and himself to be slaughtered on the sacrificial stone table: it cracks in sympathetic agony and his body goes missing. The two girls lay down their heads and weep, Magdalene and Mary-like. Be warned, the film lingers long and lovingly over all this. But so far, so good. The story makes sense.

The lion exchanging his life for Edmund's is the sort of thing Arthurian legends are made of. Parfait knights and heroes in prisoner-of-war camps do it all the time. But what's this? After a long, dark night of the soul and women's weeping, the lion is suddenly alive again. Well, it is hard to say why. It does not make any more sense in CS Lewis's tale than in the gospels. Ah, Aslan explains, it is the "deep magic", where pure sacrifice alone vanquishes death.

Of all the elements of Christianity, the most repugnant is the notion of the Christ who took our sins upon himself and sacrificed his body in agony to save our souls. Did we ask him to?

Poor child Edmund, to blame for everything, must bear the full weight of a guilt only Christians know how to inflict, with a twisted knife to the heart. Every one of those thorns, the nuns used to tell my mother, is hammered into Jesus's holy head every day that you don't eat your greens or say your prayers when you are told. So the resurrected Aslan gives Edmund a long, life-changing talking-to high up on the rocks out of our earshot.

When the poor boy comes back down with the sacred lion's breath upon him he is transformed unrecognisably into a Stepford brother, well and truly purged.

Tolkien hated Narnia: the two dons may have shared the same love of unquestioning feudal power, with worlds of obedient plebs and inferior folk eager to bend at the knee to any passing superior white persons - even children; both their fantasy worlds and their Christianity assumes that rigid hierarchy of power - lord of lords, king of kings, prince of peace to be worshipped and adored. But Tolkien disliked Lewis's bully-pulpit. Over the years, others have had uneasy doubts about the Narnian brand of Christianity. Christ should surely be no lion let alone with the orotund voice of Liam Neeson.

He was the lamb, representing the meek of the earth, weak, poor and refusing to fight. This user-friendly companion to The Chronicles of Narnia is written for C. Lewis readers like you who want to discover the books' biblical and Christian roots.

A Family Guide To Narnia: Biblical Truths in C.S. Lewis's The Chronicles of Narnia

Read it, and you'll find that this chapter-by-chapter, book-by-book examination of The Chronicles will widen your spiritual vision. About Christin Ditchfield Christin Ditchfield is an author, conference speaker, and internationally syndicated radio host. As a professional freelance writer, Christin has written dozens of best-selling gospel tracts and hundreds of articles for national and international magazines. She is the author of more than sixty-seven books and blogs at ChristinDitchfield. Rating details. Book ratings by Goodreads. Goodreads is the world's largest site for readers with over 50 million reviews.

We're featuring millions of their reader ratings on our book pages to help you find your new favourite book. Close X. Learn about new offers and get more deals by joining our newsletter. 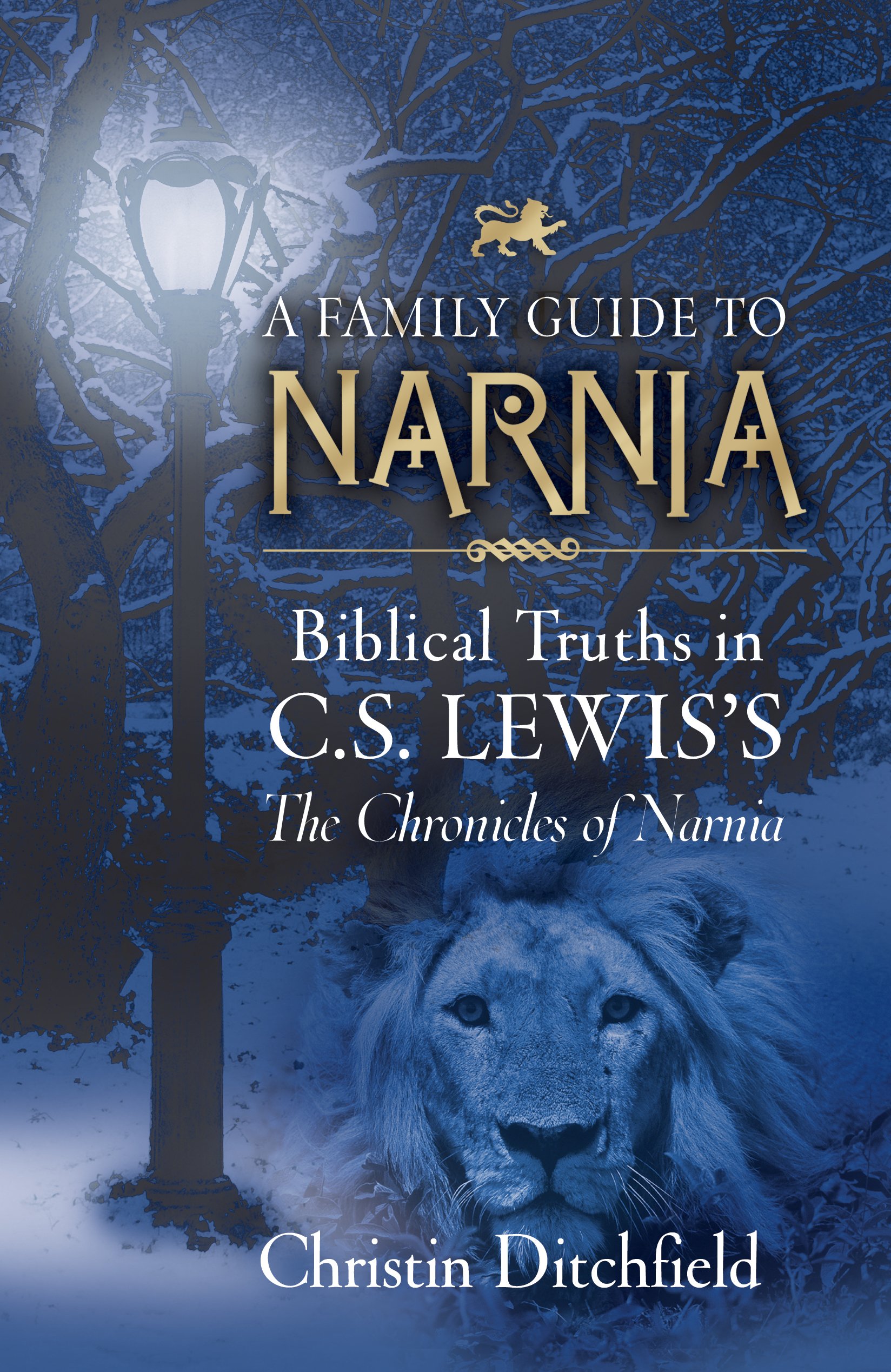 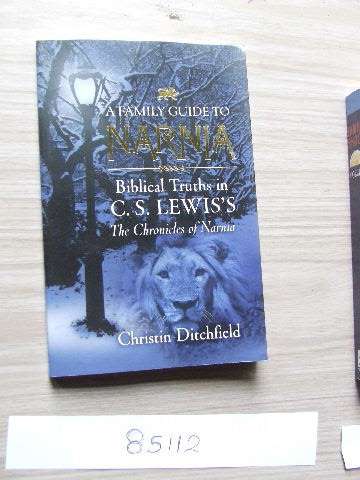 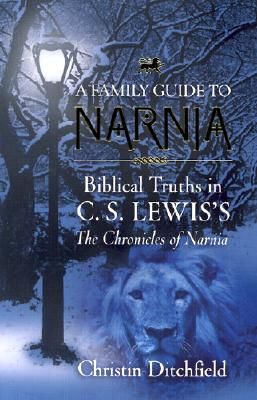 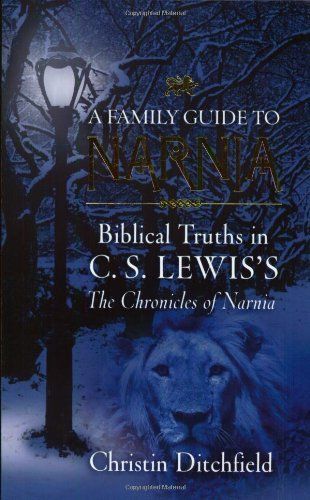 Related A Family Guide to Narnia: Biblical Truths in C.S. Lewiss The Chronicles of Narnia